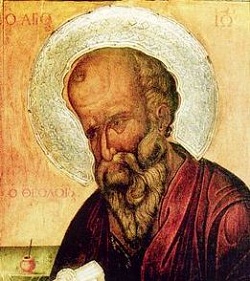 The Third Letter of John preserves a brief glimpse into the problems of missionary activity and local autonomy in the early church. In contrast to the other two letters of John, this work was addressed to a specific individual, Gaius. This letter is less theological in content and purpose. The author’s goal was to secure hospitality and material support for his missionaries, and the Presbyter is writing to another member of the church who has welcomed missionaries in the past. The Presbyter commends Gaius for his hospitality and encourages his future help. He indicates he may come to challenge the policy of Diotrephes that is based on evil gossip. The problems of the Presbyter in this short letter provide us with valuable evidence of the flexible and personal nature of authority in the early church. The Presbyter writes to Gaius, whom perhaps he had converted or instructed, on the basis of their personal links. The brothers have also confirmed him as a loyal Christian in action and belief. Gaius accepted the missionaries from the Presbyter and presumably will accept Demetrius on the Presbyter’s recommendation. In contrast, Diotrephes refuses to receive either letters or friends of the Presbyter. Although he is portrayed as ambitious and hostile, he perhaps exemplifies the cautious and sectarian nature of early Christianity; for its own protection the local community mistrusted missionaries as false teachers. Most interestingly, Diotrephes seems comfortable in ignoring the requests of the Presbyter. The Presbyter seems to acknowledge that only a personal confrontation with Diotrephes will remedy the situation (⇒ 3 John 1:10). The division, however, may also rest on doctrinal disagreement in which Gaius and the other “friends” accept the teaching of the Presbyter, and Diotrephes does not; the missionaries are not received for suspicion of theological error. Diotrephes has thus been viewed by some as an overly ambitious local upstart trying to thwart the advance of orthodox Christianity, by others as an orthodox church official suspicious of the teachings of the Presbyter and those in the Johannine school who think as he does, or by still others as a local leader anxious to keep the debates in the Johannine community out of his own congregation. This brief letter and the situation that it mirrors show us how little we know about some details of early development in the church: schools of opinion existed around which questions of faith and life were discussed, and personal ties as well as doctrine and authority played a role in what happened amid divisions and unity.

1 The Presbyter to the beloved Gaius whom I love in truth.

Beloved, I hope you are prospering in every respect and are in good health, just as your soul is prospering.

I rejoiced greatly when some of the brothers 2 came and testified to how truly you walk in the truth.

Nothing gives me greater joy than to hear that my children are walking in the truth.

Beloved, you are faithful in all you do 3 for the brothers, especially for strangers;

they have testified to your love before the church. Please help them in a way worthy of God to continue their journey. 4

For they have set out for the sake of the Name 5 and are accepting nothing from the pagans.

Therefore, we ought to support such persons, so that we may be co-workers in the truth.

I wrote to the church, but Diotrephes, who loves to dominate, 6 does not acknowledge us.

Therefore, if I come, 7 I will draw attention to what he is doing, spreading evil nonsense about us. And not content with that, he will not receive the brothers, hindering those who wish to do so and expelling them from the church.

Demetrius 9 receives a good report from all, even from the truth itself. We give our testimonial as well, and you know our testimony is true.

I have much to write to you, but I do not wish to write with pen and ink.

Instead, I hope to see you soon, when we can talk face to face.

Peace be with you. The friends greet you; greet the friends 10 there each by name.

2 [3] The brothers: in this letter, the term may refer to Christians who have been missionaries and received hospitality from Gaius (⇒ 3 John 1:5-6). Walk in the truth: the common Johannine term to describe Christian living; this description presents Gaius as following the teachings of the Presbyter in contrast to Diotrephes.

3 [5] You are faithful in all you do: Gaius’s aid to the missionaries is a manifestation of his true Christian faith.

4 [6] Help them . . . to continue their journey: the Presbyter asks Gaius not only to continue to welcome the missionaries to his community but also to equip them for further travels.

6 [9] Who loves to dominate: the Presbyter does not deny Diotrephes’ place as leader but indicates that his ambition may have caused him to disregard his letter and his influence.

7 [10] If I come: the Presbyter may visit the community to challenge the actions of Diotrephes toward himself and the missionaries. Will not receive the brothers: Diotrephes may have been critical of the teachings of the Presbyter and sought to maintain doctrinal purity; cf ⇒ 1 John 2:19 and ⇒ 1:10-11.

8 [11] Do not imitate evil: Gaius should not be influenced by the behavior of Diotrephes.

9 [12] Demetrius: because of the fear of false teachers, Demetrius, perhaps the bearer of the letter, is provided with a recommendation from the Presbyter; cf ⇒ 2 Cor 3:1; ⇒ Romans 16:1. Even from the truth itself: this refers probably to the manner of Demetrius’s life that testifies to his true belief; cf Gaius above (⇒ 3 John 1:3).

10 [15] Friends: although a Johannine term for Christians (⇒ John 15:15), the word here may refer to those in the community loyal to the Presbyter and to Gaius.