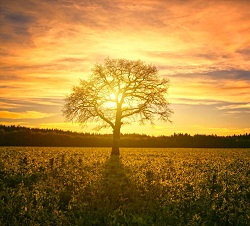 1 When Joseph was taken down to Egypt, a certain Egyptian (Potiphar, a courtier of Pharaoh and his chief steward) bought him from the Ishmaelites who had brought him there.

But since the LORD was with him, Joseph got on very well and was assigned to the household of his Egyptian master.

When his master saw that the LORD was with him and brought him success in whatever he did,

he took a liking to Joseph and made him his personal attendant; he put him in charge of his household and entrusted to him all his possessions.

From the moment that he put him in charge of his household and all his possessions, the LORD blessed the Egyptian’s house for Joseph’s sake; in fact, the LORD’S blessing was on everything he owned, both inside the house and out.

Having left everything he owned in Joseph’s charge, he gave no thought, with Joseph there, to anything but the food he ate. Now Joseph was strikingly handsome in countenance and body.

After a time, his master’s wife began to look fondly at him and said, “Lie with me.”

But he refused. “As long as I am here,” he told her, “my master does not concern himself with anything in the house, but has entrusted to me all he owns.

He wields no more authority in this house than I do, and he has withheld from me nothing but yourself, since you are his wife. How, then, could I commit so great a wrong and thus stand condemned before God?”

Although she tried to entice him day after day, he would not agree to lie beside her, or even stay near her.

One such day, when Joseph came into the house to do his work, and none of the household servants were then in the house,

she laid hold of him by his cloak, saying, “Lie with me!” But leaving the cloak in her hand, he got away from her and ran outside.

When she saw that he had left his cloak in her hand as he fled outside,

she screamed for her household servants and told them, “Look! my husband has brought in a Hebrew slave to make sport of us! He came in here to lie with me, but I cried out as loud as I could.

When he heard me scream for help, he left his cloak beside me and ran away outside.”

She kept the cloak with her until his master came home.

Then she told him the same story: “The Hebrew slave whom you brought here broke in on me, to make sport of me.

But when I screamed for help, he left his cloak beside me and fled outside.”

As soon as the master heard his wife’s story about how his slave had treated her, he became enraged.

He seized Joseph and threw him into the jail where the royal prisoners were confined. But even while he was in prison,

the LORD remained with Joseph; he showed him kindness by making the chief jailer well-disposed toward him.

The chief jailer put Joseph in charge of all the prisoners in the jail, and everything that had to be done there was done under his management.

The chief jailer did not concern himself with anything at all that was in Joseph’s charge, since the LORD was with him and brought success to all he did.