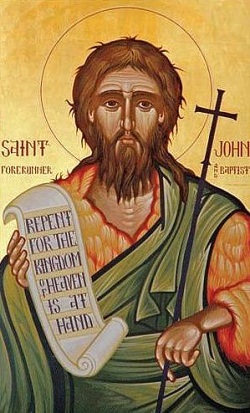 1 As he passed by he saw a man blind from birth.

2 His disciples asked him, “Rabbi, who sinned, this man or his parents, that he was born blind?”

Jesus answered, “Neither he nor his parents sinned; it is so that the works of God might be made visible through him.

We have to do the works of the one who sent me while it is day. Night is coming when no one can work.

While I am in the world, I am the light of the world.”

When he had said this, he spat on the ground and made clay with the saliva, and smeared the clay on his eyes,

and said to him, “Go wash 3 in the Pool of Siloam” (which means Sent). So he went and washed, and came back able to see.

His neighbors and those who had seen him earlier as a beggar said, “Isn’t this the one who used to sit and beg?”

So they said to him, “(So) how were your eyes opened?”

He replied, “The man called Jesus made clay and anointed my eyes and told me, ‘Go to Siloam and wash.’ So I went there and washed and was able to see.”

They brought the one who was once blind to the Pharisees.

Now Jesus had made clay 4 and opened his eyes on a sabbath.

So then the Pharisees also asked him how he was able to see. He said to them, “He put clay on my eyes, and I washed, and now I can see.”

So some of the Pharisees said, “This man is not from God, because he does not keep the sabbath.” (But) others said, “How can a sinful man do such signs?” And there was a division among them.

So they said to the blind man again, “What do you have to say about him, since he opened your eyes?” He said, “He is a prophet.”

They asked them, “Is this your son, who you say was born blind? How does he now see?”

His parents answered and said, “We know that this is our son and that he was born blind.

We do not know how he sees now, nor do we know who opened his eyes. Ask him, he is of age; he can speak for him self.”

5 His parents said this because they were afraid of the Jews, for the Jews had already agreed that if anyone acknowledged him as the Messiah, he would be expelled from the synagogue.

For this reason his parents said, “He is of age; question him.”

So a second time they called the man who had been blind and said to him, “Give God the praise! 6 We know that this man is a sinner.”

He replied, “If he is a sinner, I do not know. One thing I do know is that I was blind and now I see.”

So they said to him, “What did he do to you? How did he open your eyes?”

He answered them, “I told you already and you did not listen. Why do you want to hear it again? Do you want to become his disciples, too?”

They ridiculed him and said, “You are that man’s disciple; we are disciples of Moses!

We know that God spoke to Moses, but we do not know where this one is from.”

The man answered and said to them, “This is what is so amazing, that you do not know where he is from, yet he opened my eyes.

We know that God does not listen to sinners, but if one is devout and does his will, he listens to him.

7 It is unheard of that anyone ever opened the eyes of a person born blind.

If this man were not from God, he would not be able to do anything.”

They answered and said to him, “You were born totally in sin, and are you trying to teach us?” Then they threw him out.

When Jesus heard that they had thrown him out, he found him and said, “Do you believe in the Son of Man?”

He answered and said, “Who is he, sir, that I may believe in him?”

Jesus said to him, “You have seen him and the one speaking with you is he.”

He said, “I do believe, Lord,” and he worshiped him.

Some of the Pharisees who were with him heard this and said to him, “Surely we are not also blind, are we?”

Jesus said to them, “If you were blind, you would have no sin; but now you are saying, ‘We see,’ so your sin remains.

1 [⇒ 9:1-⇒ 10:21] Sabbath healing of the man born blind. This sixth sign is introduced to illustrate the saying, “I am the light of the world” (⇒ John 8:12; ⇒ 9:5). The narrative of conflict about Jesus contrasts Jesus (light) with the Jews (blindness, ⇒ John 9:39-41). The theme of water is reintroduced in the reference to the pool of Siloam. Ironically, Jesus is being judged by the Jews, yet the Jews are judged by the Light of the world; cf ⇒ John 3:19-21.

2 [2] See the note on ⇒ John 5:14, and ⇒ Exodus 20:5, that parents’ sins were visited upon their children. Jesus denies such a cause and emphasizes the purpose: the infirmity was providential.

4 [14] In using spittle, kneading clay, and healing, Jesus had broken the sabbath rules laid down by Jewish tradition.

5 [22] This comment of the evangelist (in terms used again in ⇒ John 12:42; ⇒ John 16:2) envisages a situation after Jesus’ ministry. Rejection/excommunication from the synagogue of Jews who confessed Jesus as Messiah seems to have begun ca. A.D. 85, when the curse against the minim or heretics was introduced into the “Eighteen Benedictions.”

8 [39-41] These verses spell out the symbolic meaning of the cure; the Pharisees are not the innocent blind, willing to accept the testimony of others.